A Kari Thought | Comments Off on Remembering April

To help understand the heat and pressure required to create a diamond, consider “Lucy,” a white dwarf star only 5.87 trillion miles, or 50 light years, from earth. That may seem like a great distance, but in terms of the universe, Lucy is actually quite close. After all, she’s in our galaxy.

Discovered in 2004, astronomers playfully named her after the Beatles song “Lucy in the Sky with Diamonds,” and you have to admit that “Lucy” is easier to remember than BPM 37093, her technical tag.

So what is Lucy? She began as a blazing star like our sun with a core temperature of approximately 27,000,000°F. She couldn’t stop shining and over billions of years, she burned herself out. The result? She’s 5 million trillion trillion pounds of pure crystalized carbon or, from a jewelers perspective, a 10 billion trillion trillion carat diamond. Lucy is a cosmic diamond, and for now, at least, the largest in our galaxy.

Earth’s diamonds are smaller — just a little — but their formation requires several billion years of intense heat and pressure. This is only available 100 miles below earth’s surface. There, the carbon molecules bond equally in all directions to create the hardest substance on earth.

This is all very impressive, but that’s not why we love them. We at https://harrychadent.com/, love them for their sheer beauty, extraordinary clarity, and for their fire embodying those vast years of heat and pressure. We love them because they sparkle and astonish.

You could say that those with April birthdays hit the jackpot. The allure and mystique of diamond casts a legendary spell.

According to lore, diamond imparts balance, clarity (naturally!), and abundance. It increases inner strength, provides the wearer with better relationships, and did I mention it symbolizes eternal love?

Today diamonds are mined in Botswana, Angola, South Africa, Russia, Australia, Indonesia, Canada and the United States. But where did they first see the light of day?

We can’t be certain, but the first historical mention of diamonds occurs in a Sanskrit text from 4th century BCE India. Diamonds had been found along the rivers and streams of ancient central India perhaps 5000 years ago.

They were called “Hirakamani,” “Heera/Hira” and “Vajramani,” names that ranged in meaning from “King of Gems” and “Thunderbolt Lightning” to “indestructible.” Clearly the Indian people had the right idea and wasted no time making the most of their discovery.

The 4th century BCE documents record diamond trading, taxes, classification and diamond experts. They knew the value of this beautiful stone and respected the need for expertise in selecting the finest.

Fast forward to 1,700 years to 14th century Venice. It was here that gemstone cutters began to develop the art of diamond cutting and their value soared.

Stolen from India in the 14th century, this 100-carat pale yellow diamond passed back and forth among Europe’s royalty for centuries. It was owned by Charles the Bold, Phillip II of Spain, the King of Portugal, and many more.

At one point, Elizabeth I owned it and secretly pawned the diamond to finance a Dutch war against Spain. Nicolas Harlay de Sancy acquired the diamond. Elizabeth I wanted to buy it back but failed, and it was only when Sancy went bankrupt that he sold the diamond to James I, Elizabeth’s heir to the throne. The diamond was pawned multiple times, disappearing at one point for 25 years. Somewhere along its lengthy path, the Sancy was re-cut to 55.232 carats. Eventually the wealthy American, William Astor bought it and it 1976 his family sold it to the Louvre.

Kari’s offers a full range of diamonds to fill virtually any need you can anticipate. With certified Red Box Diamonds®, you can provide your customers the assurance they need for what might be one of the most important purchases of their lives. Each serialized stone comes with a grading report that offers peace of mind. Need something smaller? Our melee diamonds will fit the bill. And since Kari’s uses DeBeer’s Automated Melee Screening Device, you know that what you’re getting from Kari’s is the real deal. Our newest addition to our diamond line-up is Canadian melee, tracked straight from the mine to the market. The brilliant 74-facet Riente diamonds™ come with OGI Firetrace® cards to demonstrate their excellent light performance. Kari’s uses the sole U.S. distributor of Riente™ and Crisscut® diamonds, the emerald-cut diamonds with 77 facets to maximize fire and brilliance.

Of course, all rough and polished Kari’s diamonds comply with the Kimberely Process, so you can rest assured that your purchases are not only aesthetically beautiful but ethically sourced and socially responsible.

A Kari Thought | Comments Off on FEATURE FRIDAY – KARI STOOKEY 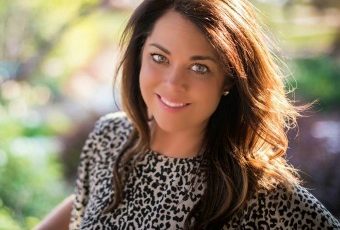 FEATURE FRIDAY – KARI STOOKEY The generous and savvy businesswoman Celebrating life-changing moments and knowing that the jewelry we...
18
May

A Kari Thought | Comments Off on Congrats Class of 2016 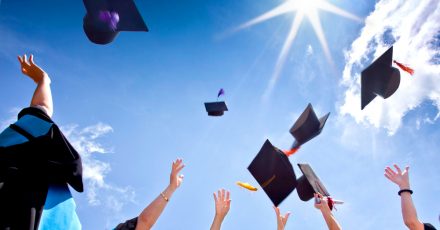 CONGRATS CLASS OF 2016 Perfect gifts for every grad Graduation is a day many students dream of – the...
%d bloggers like this: